The Norwood Scale is the most popular classification system to measure male pattern baldness. Also known as the Hamilton-Norwood scale, it uses reference imagery to indicate different stages of baldness amongst men. If you have been to a trichologist, you will have seen the Norwood Scale on a wall.

Most of us know that hair loss happens in stages but many do not realize how essential it is to evaluate the progression of baldness to treat it effectively. The Hamilton-Norwood scale helps medical practitioners in determining the stage of hair loss and recommend recovery options.

In this blog, Lordhair will explain the seven stages of hair loss measured on the Norwood Scale, and at the end of the blog, we will list out the most effective remedial measures! The Norwood Scale was first introduced in the 1950s by James Hamilton. It was later revised in the 1970s by O'Tar Norwood. This is the reason why the scale is also sometimes referred to as the Norwood-Hamilton scale.

The Norwood Scale for baldness is used by doctors across the world to calculate the extent of baldness in their patients. Since the conclusions can vary, every practitioner has varied views about the accuracy of the scale. That said, it is a globally-accepted medium for evaluating pattern baldness.

The 7 Stages of the Norwood Scale

The Norwood scale for hair loss has defined seven measurements of pattern hair loss. We’ll briefly discuss all of them to understand the differences between them.

Stage 1 of the Norwood Scale

The first stage of the Norwood scale is known as the control stage. In this stage, people still have a full head of hair with no signs of balding or recession. There is slight evidence of hair loss (mainly in the temple region). There will be more of a receded hairline when compared with the hairline in Scale 1. When we enter the third stage of the Norwood Scale, the hair loss is starting to become more noticeable. The hairline is typically pulled back from the temples, giving the bend a curved, M-like shape when viewed from above. In this variation of stage 3, the dips in the hairline are slightly less defined. Here, hair loss is less drastic around the dips but a bald patch has appeared on the crown. Reaching Stage 4 on the Norwood baldness scale means significant hair loss. The hairline has receded further and may have started to resemble a “U” shape when viewed from above. Here, you will see a bald spot on the crown that is comparatively larger than Stage 3 Vertex. Thankfully for people, there is still a strip of hair left between the bald spot and the receding hairline. Stage 4 also has a variation. Here, there will be no bald spot on the back of the head but the dips in the hairline will instead be lost to leave a deeper “U” shape when viewed from above. Discover all the major hair replacement options out there!

A strip of hair is still noticeable between the receding hairline and the balding crown but from the illustration of the Norwood Scale, the hair is now clearly thinner when compared to earlier. This stage is a more severe version of Stage 4. In this Stage 5 variation, the hairline continues to recede towards the back of the head. Hair loss in Stage 5A of the Norwood Scale has now become quite extreme in comparison to previous stages. By stage 6 a person is almost bald. Most of the hair has been lost on the front and top of the head. The two bald areas are now joined together and there is no strip or patch of hair between them or if there is, it is very thin. Unsurprisingly, this is the most severe stage of hair loss. During this final stage, men experience extreme pattern baldness that has begun to affect the sides of the head as well. When Stage 7 settles in completely, only a thin ring of hair will remain on the side of the head. If there is growing hair, then it will be very thin and weak. Now, that we have introduced all the stages of hair loss on the Norwood Scale for pattern baldness, let’s take a look at the major treatments offered for hair loss!

Pattern baldness is best treated in the early stages of the Norwood Scale. Below are the most popular options to recover from chronic hair loss:

While the above options are widely recommended, all of them have their share of side effects and limitations. Medications like finasteride can cause skin irritation, rashes, and sometimes hallucinations too whilst hair transplants can cause severe skin infections if gone wrong. The same is true for microneedling and scalp pigmentation. Therefore, we highly recommend consulting a trichologist before opting for any of these hair recovery options.

The Norwood Scale for hair loss is really helpful in determining the degree of hair loss. After estimating the severity of hair loss, potential treatments can be easily reviewed. While hair is precious, make sure you don’t compromise your health just to get it back.

At Lordhair, we design hair replacement systems that are trusted by thousands of men and women across the globe. Our high-quality hair systems, toupees, and wigs are transforming lives across the globe, and all without any risks!

To learn more about our stock and custom hair systems, read our detailed blogs, browse our catalog or email your queries to support@lordhair.com 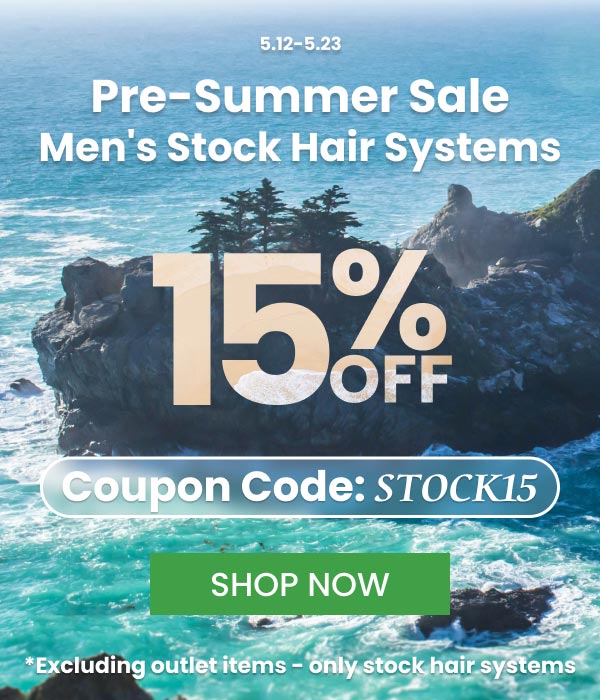